Home » A new homeland
During the 1980s, the couple Taj Mohammed and Aliha Taj worked for the communist regime in Afghanistan. When the Soviet withdrew its support to that regime in 1989 and a civil war broke out, the two of them spent the next decade in hiding before coming to Denmark with their three children in 2001. Today, the Taj family love their new homeland, but they can hardly recognise the old one.

“If I’ve been to Germany or somewhere else and I cross the border back to Denmark, I think “Ah! I’m home”. I feel a little lighter somehow.”

Taj Mohammed Taj makes a sweeping gesture that takes in his bright living room. We are in the Danish town of Middelfart where he lives with his wife, Aliha. On this day in December 2013, two of their three children are also home on Christmas vacation. Danish art adorn the walls to underline the fact that the family has embraced Denmark in the course of the 13 years they have lived here. 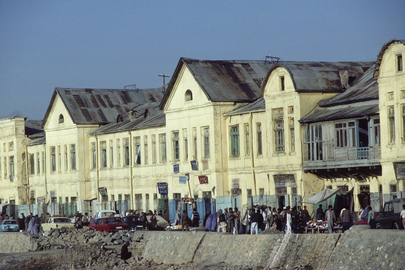 Kabul as it looked in 1988, when Taj and Aliha lived there. Photo: UN Photo/John Isaac

However, this was not at all the future the couple planned for themselves back in the 1980s, when they lived in Kabul and was just starting to build their little family:

“We were very content with our jobs, our little flat, our city. We had never considered leaving Afghanistan. Never. But when the Taliban took power, and the mujahideen before the Taliban – that changed life in Afghanistan”, Taj recalls.

Part of the old regime

Between 1979 and 1989, Afghanistan was occupied by the Soviet Union, which protected the country’s communist government against the many insurgency groups known as ‘mujahideen’ – ‘holy warriors’.

Taj and Aliha were doing well. Both of them worked for the communist government; Taj was the leader of the Kabul University Department for Marxism and Leninism and was also a ministerial advisor, while Aliha worked as an engineer in an Afghan ministry. Both were politically active and Taj wrote articles criticising the mujahideen for mixing religion and politics.

However, when the Soviet withdrew in 1989, the Islamic insurgents took over and life took a dramatic turn for the worse for the Tajs. As supporters of the old regime, they were now being persecuted:

“We didn’t stay in one place for long,” Aliha relates. “After 1992 we were constantly on the move, to the countryside or to other cities. We couldn’t stay in our house.”

As a woman, she was no longer allowed to leave the house on her own, she was not allowed to work and she could not appear in public without a burqa. The latter was, however, an advantage in terms of hiding from her persecutors:

“It was easier for me – I could just wear my burqa and then they couldn’t recognise me,” she smiles. 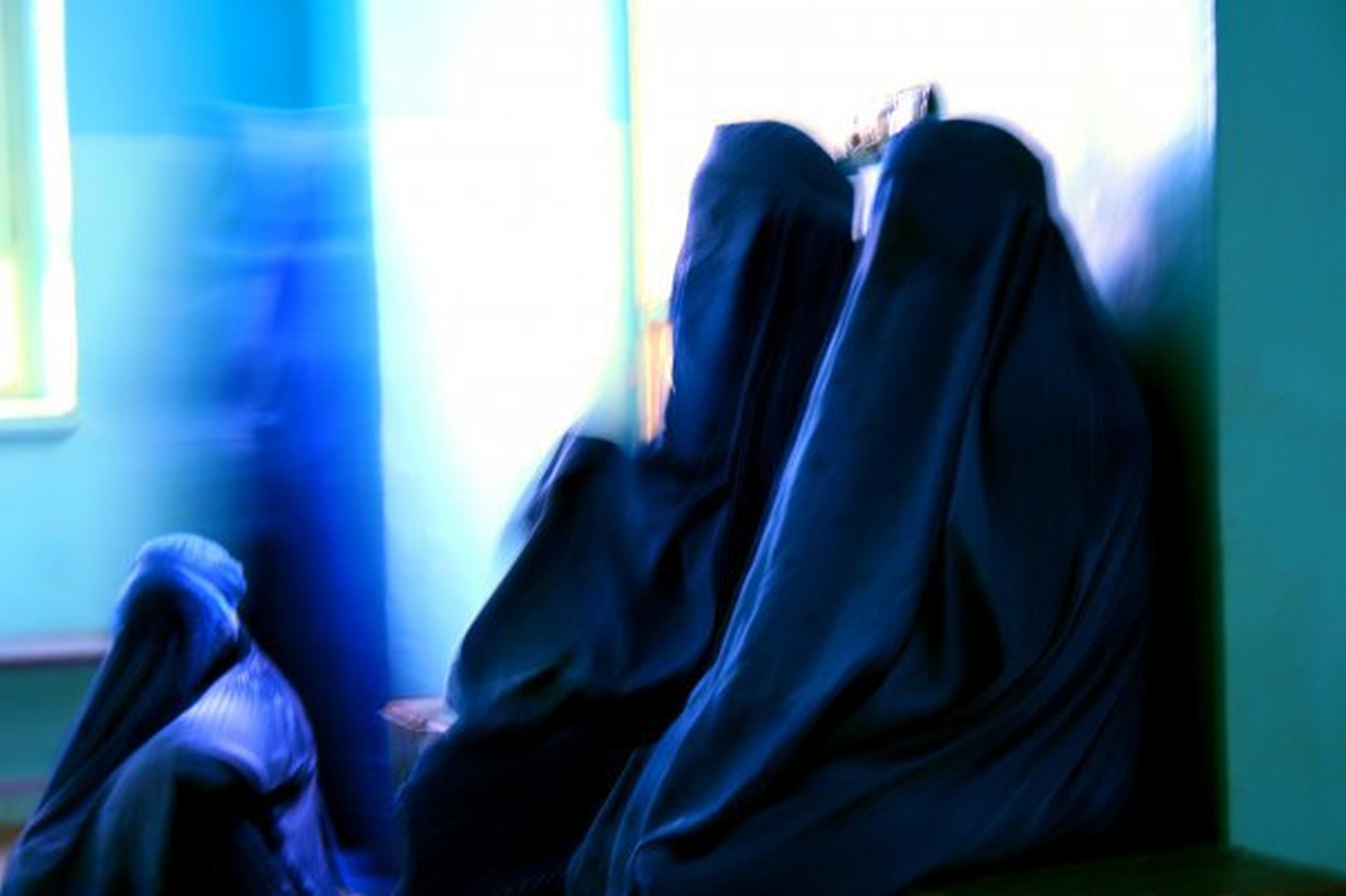 For Aliha and other women persecuted by the Taliban, the burqa functioned as a welcome hiding place. Archive photo: Tahir Bakhtiary

In the end, the family chose to leave the country and chance brought them to Denmark. In fact they paid some people smugglers 25,000 US$ to take them to England, but halfway there the plan was suddenly changed – it was Denmark or nothing.

The Tajs chose the first, and they have not regretted that.

It has particularly been an advantage for the children to start their life in Denmark in smaller towns. That is at least according to the middle child, 24-year-old Khaled, who has just handed in his thesis in molecular biology at Aarhus University. His older brother is 26 years old and his younger sister is 21. All three of them were thus born in Afghanistan, but have lived approximately half their lives in Denmark:

“As soon as we moved out of the asylum centre, to Vorbasse and later to Brørup, we didn’t have much contact with other foreigners,” Khaled explains. “It’s very different for those living in the bigger cities, because they can be around other foreigners all the time. And from what I’ve seen, those that come from the smaller towns manage more easily afterwards.”

Children naturally adapt and pick up a new culture and, like the rest of his family, Khaled feels Danish today. He especially became aware of this when he studied in England for a while:

“That really opened my eyes to how much I have in common with other Danes. When you’re here in Denmark you can sometimes think that you’re a little different – you look different and perhaps you speak with a slight accent. But as son as I moved away, it became clear to me – and to the other Danes as well, I think – that they had much more in common with me than with the other Europeans, not to mention the non-Europeans. We speak the same language and we understand each other much better.”

“They say that the Taliban are our brothers”

For the same reason, Khaled cannot imagine ever moving back to Afghanistan:

“Of course I can see that I have loads in common with other Afghans living in Denmark. But not with Afghans living in Afghanistan. It would be difficult for us to relate to them, especially to those that have no education whatsoever. Their habits and values are completely different.”

His parents agree. Aliha is the only member of the household who has actually been back to Afghanistan, as she went there in 2012 to visit her sister. But her native country had changed:

“It’s another country, Afghanistan,” she says. “You cannot recognise it anymore.”

The whole family agrees that the international intervention in 2001 has brought certain improvements with it. But any optimism is severely curbed by the problems with corruption in the upper echelons of the Afghan government and a Taliban movement gaining more power every day:

“Of course it’s better now than before. But we had great expectations, because the Afghan government has received 100 billion US$ from the international community. And where did that money go?,” Taj asks rhetorically. “The Afghan people want development, but the terrorists and the warlords want power and money. Even the Afghan president is now saying that the Taliban are our brothers – even as they blow up security guards and policemen.”

No, the Taj family will stay in Denmark where they have found a home.

“The thing we miss most about Afghanistan is the weather,” Aliha says, as the December rain falls outside the large windows. “It’s warm in Afghanistan!”