Sometimes, life can change and make it impossible to keep the promises you have made.

Many years ago, my cousin and I went to war together. The war of eggs. An ancient Afghan New Year tradition in which children, youngsters and old people alike partake by beating their boiled and colored eggs against those of an opponent. If your egg breaks, you lose the round and must hand over the egg to the opponent. If you lose all your eggs, you lose the war.

My cousin and I lost. And promised each other that next year we would triumph.

But for me, there would be no war of eggs the following year, nor for many years after that. My family fled to Denmark to escape the Taliban, and I went with them.

But 18 years later, my internship at Moesgaard Museum takes me all the way from Aarhus  to my native town Bamiyan in central Afghanistan.

As I wander the streets of Bamiyan taking pictures, I realise to my great surprise and delight that there is an egg war going on! The war is part of the Eid celebrations, and it immediately takes me 18 years back in time. Back to my village, my cousin and my defeat.

”Saale naw mubarak, Tahir”; those are my cousin’s first words to me in the new year. He has just stepped out of the house, smartly dressed and all smiles. Just like me, just like every other child in the village. We are ready for today’s war!

“Happy new year to you too, Rahman” I say and give him a hug. He thinks it is a little strange to be hugged by me, but I think he rather likes it. He laughs every time.

As we arrive, we see about 30 other children and youngsters, most of them boys, standing behind the mosque. The egg war has begun. A war that I have spent all night thinking and worrying about.

If we lose four times in a row, we will have no eggs left – and we are not off to a good start.

“Happy New Year, Tahir and Rahman. What about an egg battle?” asks Malik. He won the war last year and ended up with 22 eggs – quite extraordinary.

Rahman and I look at each other, then we look at Malik, then we shake our heads. We are afraid of losing our eggs to him.

We have prepared a strategy for the war the previous day. Our plan is to challenge the youngest children in the village, the weaker warriors, the new and inexperienced. In addition, we want to ‘hit’ rather than ‘sit’. In every egg battle, one of the combatants ‘sits’ – i.e. folds his fingers around his egg, leaving only the tip visible, and holds it still. The other person ‘hits’, that is, beats the tip of his egg against that of his opponent. Often, but not always, it is an advantage to be the ‘hitter’. 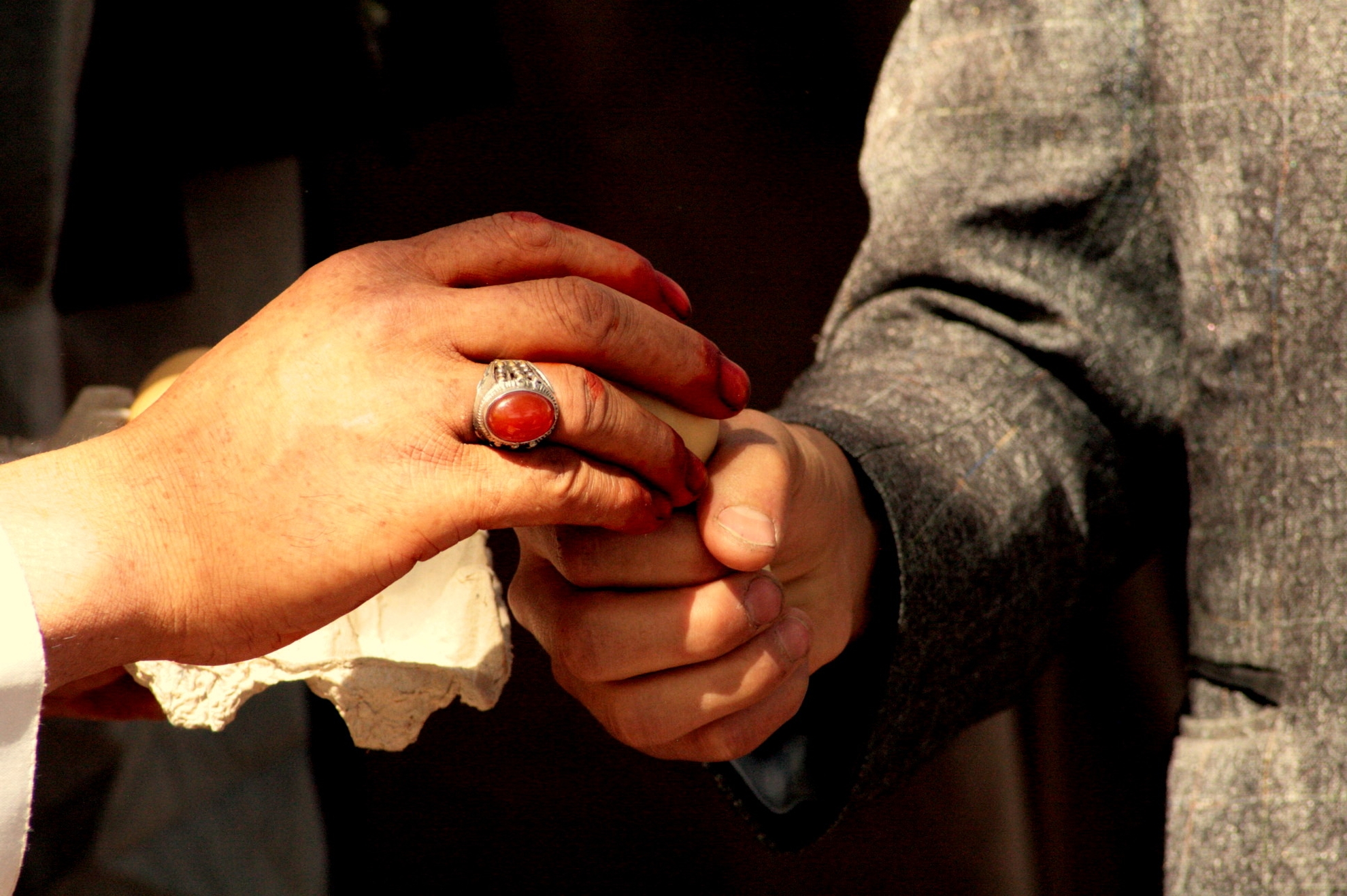 The guy with the ring is the ‘hitter’ and the one in the grey coat is the ‘sitter’ in this battle.

For a while, we are on a roll. We target our victims, and several times we spot some totally inexperienced warriors and take advantage of them. We are winning and things are going well.

Some hours later, Rahman and I sit on a large stone, looking over the trees and the fields which are yet to recover their green colour after a long and cold winter. The sun is shining right in our faces and the smell of eggs is all around us. The day has been a success already. We have won some battles and lost some too, but unlike last year, we have not lost all our eggs within the first 20 minutes.

“We have three eggs left, Tahir. What about battling over two of them so that we might win some more? And if we lose them, we still have the last egg which we can share and eat together. What do you think?” my cousin asks.

Five minutes later, we are left with a single egg. That was not the way this was supposed to play out. But next year we will get our revenge, we decide. 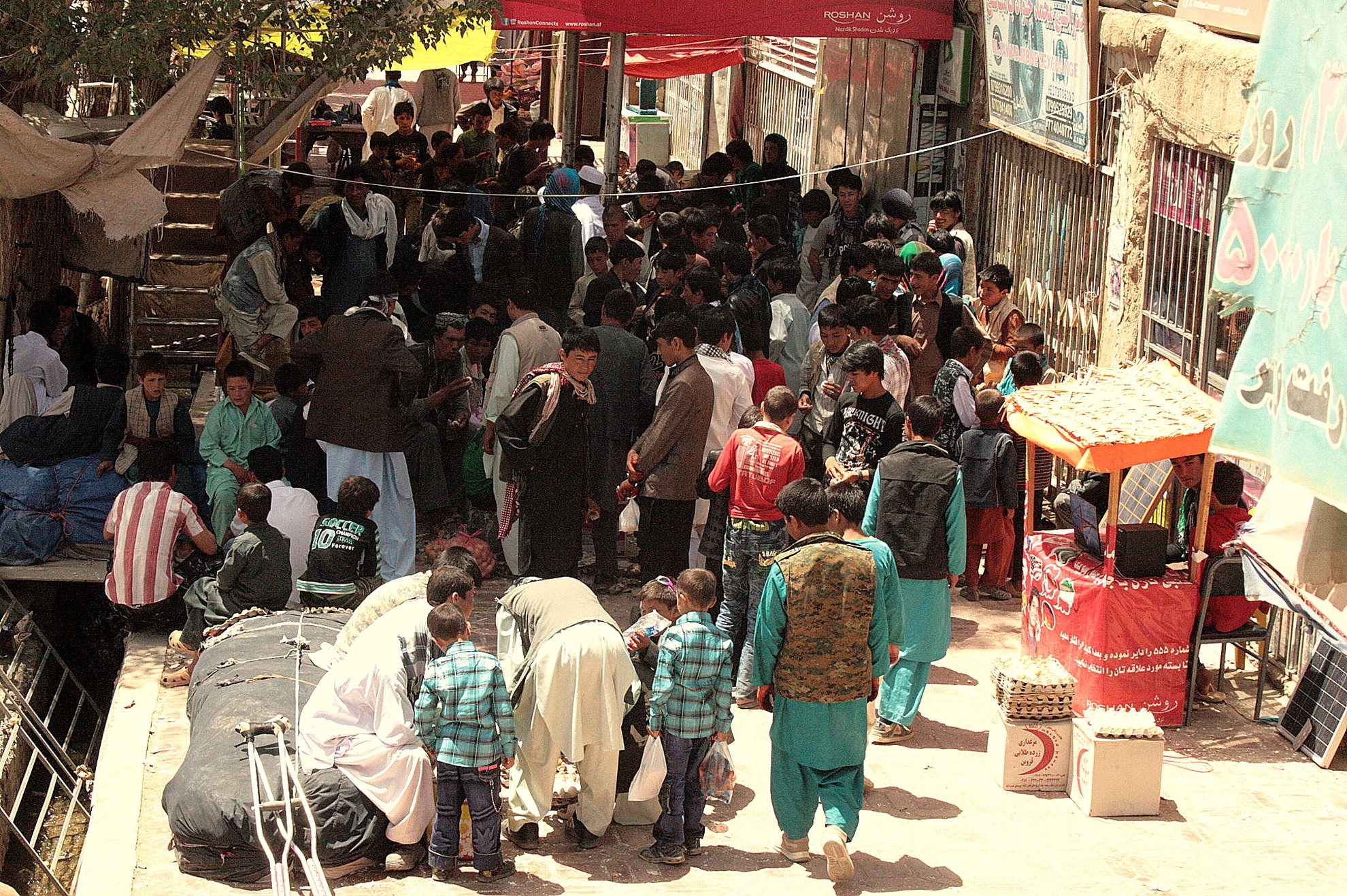 The war of eggs has begun!

That is what goes through my head as I stand in the middle of the Eid celebration in the summer of 2013. I decide that, finally, the time has come for revenge.

“Come, come, come! Welcome! Eid Mubarak, come over here and buy the strongest eggs from me. Those are winners’ eggs, you can ask anybody!“, a young egg vendor with henna-coloured hands shouts.

“Then why haven’t you sold more?“, I think to myself, but still I buy three of his eggs for 24 Afghanis – just over 2 Danish kroner.

Back then, 18 years ago, we had to boil and colour our own eggs using different plants and onions, today you can buy them ready-coloured in the street. Back then I lost, today I will win. 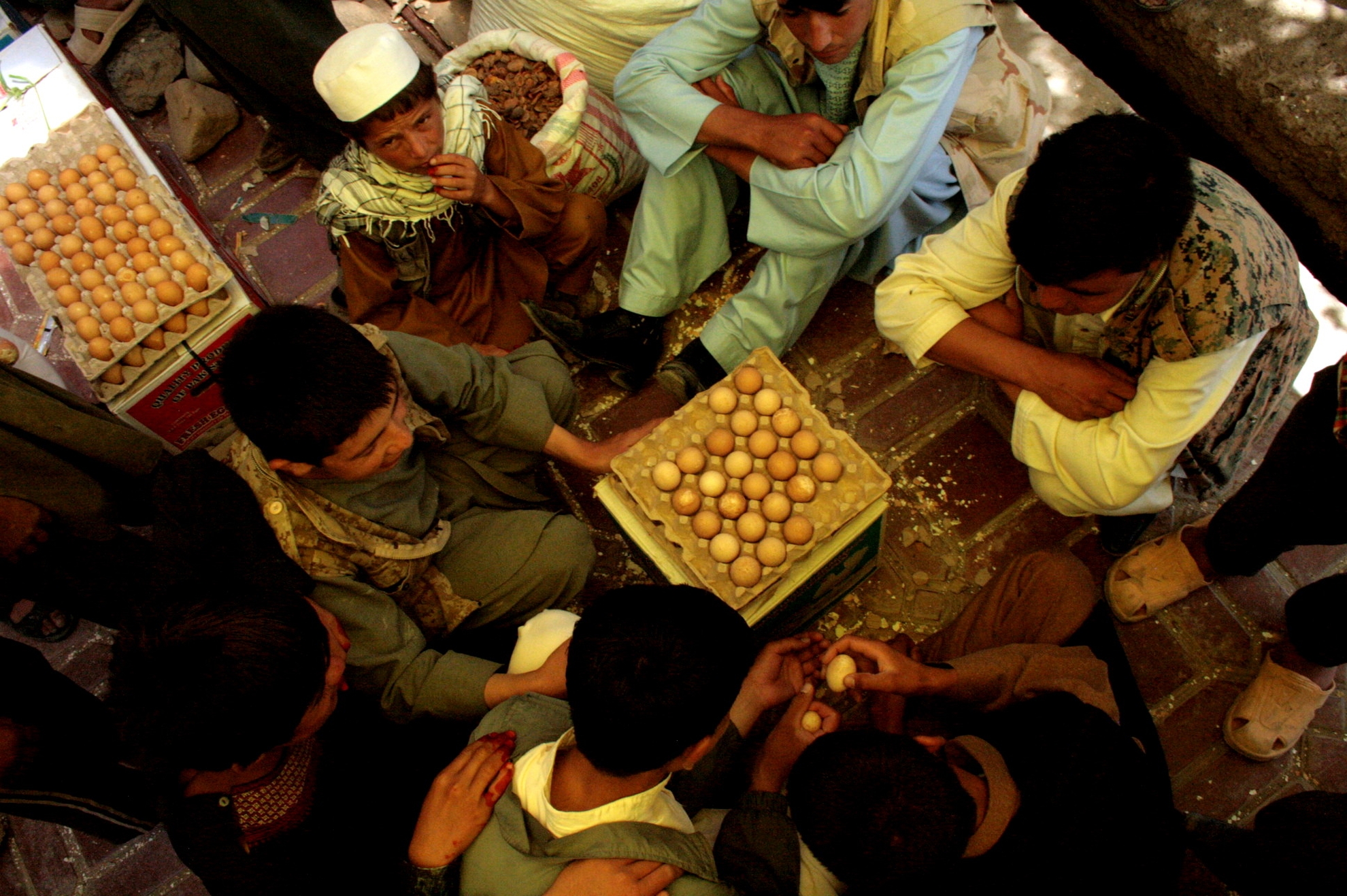 Egg war is good for business.

I lose all three eggs in no time and people laugh at me. I buy more eggs, I ‘hit’ again – and I lose again.

But this time I do not mind. Compared to my young opponents, I have plenty of money to buy and lose more eggs. Sometimes I even lose on purpose. These kids really have nothing, and therefore they throw themselves heart and soul into every battle. Just as I did when I was their age.

I know what it means to have a good egg day. And today I won even as I lost.

All photos by the author 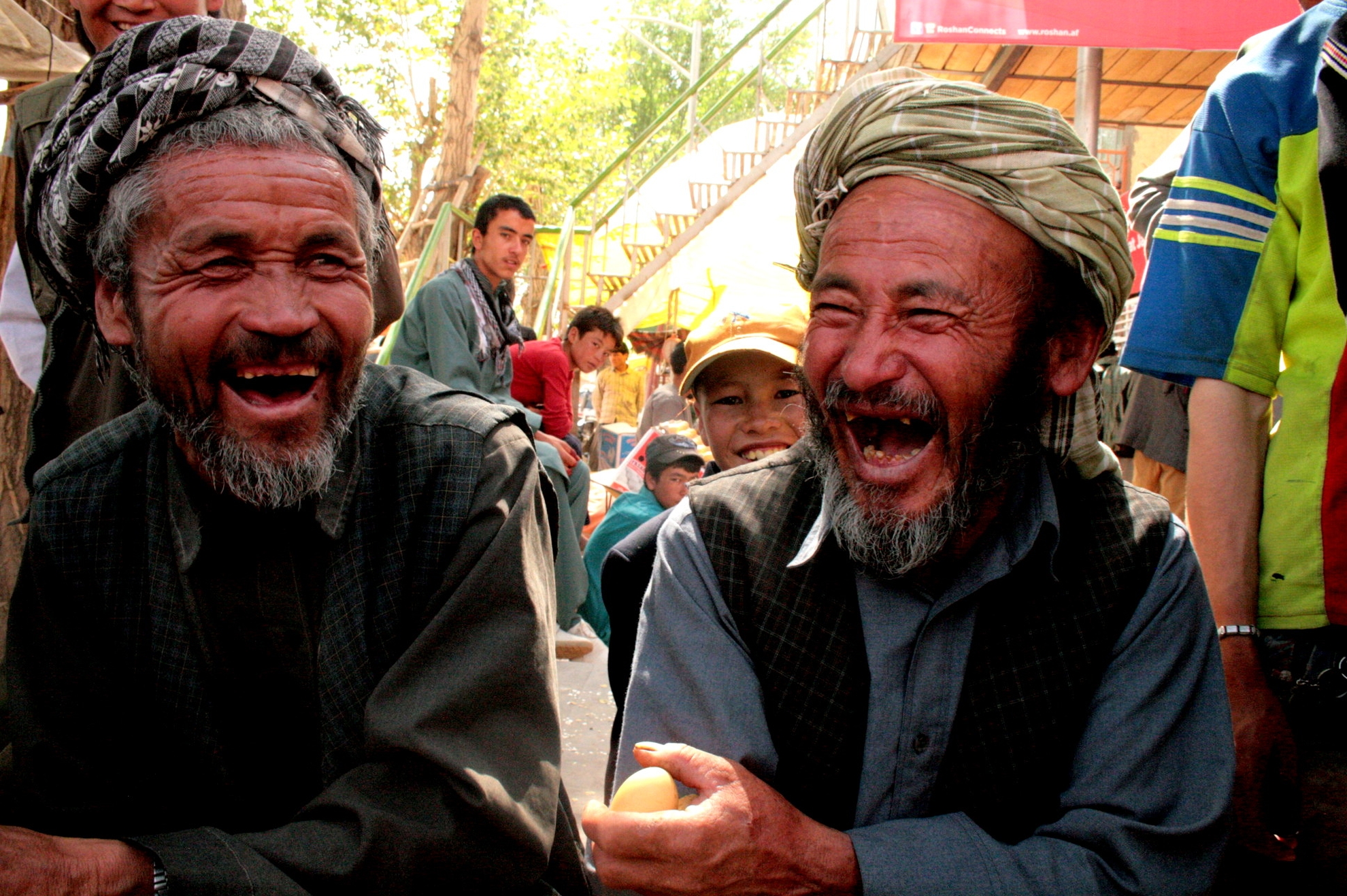