Home » Alone on the run
Ali Husseini is not yet 30 years old, but he has already had three lives. First as the oldest son of the grocer in an Afghan village. Then as an illegal refugee, travelling across Asia and Europe for six long years. And now as a so-called ‘non-ethnic Dane’. Much could have gone wrong along the way, so for Ali it is pure fate that he is still alive and well.

“I vividly remember the day they came to our village. People were scared to death. We’d heard so many stories about the Taliban. About how they hung people, cut people up.”

Ali does not remember the exact year. The Taliban started to spread in Afghanistan already in 1994, but a couple of years passed before they reached Ali’s small village in the central province of Uruzgan.

Ali’s father was a farmer, but he also had a small grocery store, and he would soon learn that special rules applied to the Taliban:

“They could come and buy things in the shop, saying ‘I’ll pay you some other time’ – and there was nothing you could do about it. You couldn’t say ‘You pay now!’, because if you did, they’d knock you down,” Ali recalls.

But in fact he does not remember much about the Taliban, as he was smuggled into Pakistan shortly after they came:

“If, like me, you were 15 years old and male, then the Taliban wanted you to go to Quran school – and to war. So the parents were concerned about their children and smuggled us out of the country.”

Saved by a pocket knife

Ali and other young people from the village were sent off to Pakistan and were told to come back after six months or so, when the war had ended or the Taliban had disappeared.

So Ali, who had never before been outside of his province, decided to flee in the opposite direction. A flight which would last six years.

Initially, he and some friends went to Iran, where they worked illegally over the next couple of years – at slave wages and in perpetual fear of being exposed and sent back to the Taliban.

Subsequently, Ali chose to cross Turkey to Istanbul – the gate to Europe. He remembers weeks of trekking in the Turkish mountains at night and hiding during the day. He remembers the sail from Istanbul to Greece in a dinghy which, miraculously, managed to cross the sea with three times as many illegal passengers as it was supposed to hold. And finally the living nightmare under the tarpaulin cover of a truck, where Ali and a friend would have died of thirst and heat had it not been for a small pocket knife, which the friend had borrowed the day before to carve out a watermelon, but which was now used for carving out a path to freedom.

Ali tells his dramatic story in a low voice, shaking his head:

“Sure, now I think it’s impossible. That it wasn’t me undertaking that journey. For me it’s pure fate that I’m here today. Nothing else.”

A dream of Norway

Ali and his friend reached Italy unseen and unharmed and kept travelling north. Their goal was Norway.

“We’d heard so many stories on the way – some of them true, some not. Some people told us that it was impossible to gain asylum in Denmark and Germany, that you’d be sent back, but that Norway was fine.”

Only Ali’s friend reached Norway, however – Ali was taken by the police already at the German-Danish border. Thus, he was forced to seek asylum in Denmark and, in spite of the warnings he had heard, he got it.

He still remembers how he was interviewed by the Danish authorities which, among other things, asked him where in Denmark he wanted to live:

“But of course I didn’t know that. I had no knowledge whatsoever of Denmark, nor did I care – I just wanted asylum!” 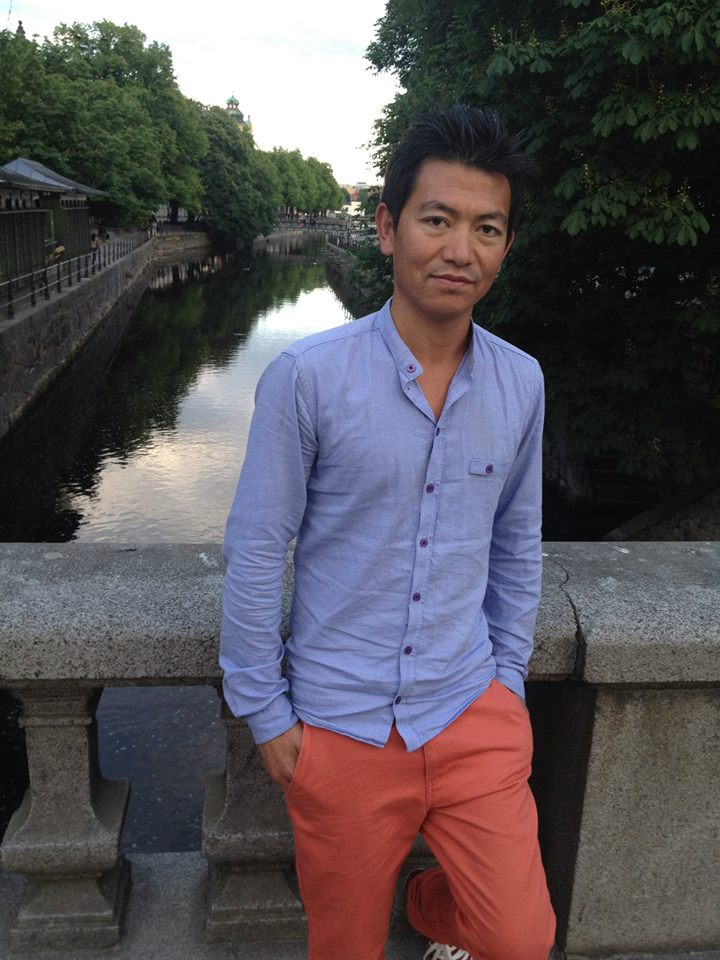 Ali now has an education and a social circle in Denmark, and he considers himself lucky: “I know a lot of refugees who come alone and have a difficult time”. Photo: Private

Ali was assigned an apartment in the town of Ry, where he lived for two and a half years before moving on to the Kalø School of Languages and then to the bigger city of Aarhus, where he still lives today, 10 years after his arrival in Denmark.

A decade which he has first and foremost spent catching up on all the schooling which he missed during his six years on the run. He has learned Danish and English and taken his finals, and recently he has completed an education as a pedagogue assistant. And he has made friends – some Danish, some from other countries.

He has also done voluntary work for DFUNK, a youth network under the NGO Danish Refugee Council. In that connection, he has met many youngsters from Afghanistan who also came to Denmark as unaccompanied minors, and who are now having difficulties building up a new life here. Hence, he considers himself lucky:

“I could easily have turned criminal, alcoholic or a drug addict. Now I’ve spent ten years in Denmark and I know a lot of refugees who come here aloneand have a difficult time. Of course you can create a network for yourself, but it is seriously hard work. My experiences with the Danish culture and people are great, but the Danes are very cautious and reserved. And if you’re a refugee, it’s even more difficult for you to get close to people. I know some people here who are extremely lonely.”

Ali’s younger brother arrived in Denmark five years ago, after having followed the exact same route as Ali, and the two of them have found each other again in Aarhus. But they have no idea where their little sister and their parents are. Perhaps still in Afghanistan, perhaps in Iran.

One day, Ali would like to revisit the village and the clay house of his childhood. But he doubts that it will be anytime soon. It particularly worries him that the Afghan government has now started to negotiate with the Taliban and that the international security forces will withdraw in 2014.

Ali is worried about what will happen when the international forces withdraw from Afghanistan. Photo: Sgt. Teddy Wade/U.S. Army

“Of course Afghan soldiers have been trained by the NATO forces to defend their country, but still – the Taliban is powerful. It would be terrible if they should take power again. Because I’ve seen what they’re like: women cannot appear in public, the girls are not allowed to attend school, you’re not allowed to listen to music.”

Ali is certain that his own future lies in Denmark. His next step is finding a job, or maybe take some further pedagogical education:

“My wish and my goal is to function as a normal human being, get a job and a life. If you have an education and a job, you’re satisfied and feel that you’re independent and doing well. That’s the best life, I think  – that you can fend for yourself and not be dependent on others.”