Home » The mujahid’s daughter
Razia had to flee Afghanistan when she was just a child, as her father was one of the ‘holy warriors’ who fought the Soviet occupation. After a very long journey (involving for instance an escape from a nunnery) she now lives in Denmark, watching with wonder as her own children grow up as Danes.

“The things we’ve had to go through to get to this…,” Razia Mohammadi pauses and looks out the window before she continues: “…very cold country.”

She smiles as she says it, but it is clear from her tale that she had little reason for smiling during the many years of war, oppression and flight that went before her arrival to Denmark.

Razia is the daughter of a mujahid – one of the ‘holy warriors’ who fought the Soviet invasion in Afghanistan in the 1980s. This made life very dangerous for him, and so the entire family fled to Iran when Razia, now 30 years old, was only a little girl:

“We lived in Iran for 18 years. That was where I got married and gave birth to my two eldest children. We had no valid ID, which meant that we could neither go to school nor get work. The men were working illegally and the children were educated at home. The police gave us a hard time and the Iranians would mock us in public.”

In the end, Razia and her family had had enough. Razia’s father got in touch with some people smugglers that were to take the family to either the Netherlands or Sweden, where he had some friends.

The first step was Turkey, which they had to cross on foot and in deepest secrecy:

“None of us had been prepared for how much we had to walk. We walked constantly. Crossing mountains, going round rivers and through forests. Our blisters and cramps were as much of an issue as thirst and hunger,” Razia recounts.

The refugees had been divided into smaller groups so that they could move faster and hide more easily. Sadly, this meant that Razia and her two young children were separated from her husband and the rest of the family.

Now the young woman was alone and scared to death. But she was also full of sad memories from the war in Afghanistan and the miserable life in Iran, and determined that she was never going back. Hence, there was only one way to go, and that was forward.

Luckily she had a bit of money, and with the aid of other Afghan refugees she and her children were smuggled to Greece in a small dinghy and continued to Italy from there.

After having reached Italy, however, Razia suddenly collapsed. When she woke up again, she was in the hospital. An Iranian doctor was beside her, explaining that she had to eat and drink or it would harm the baby. Razia, it turned out, was pregnant.

After a few failed attempts to continue her flight, she asked the hospital for help and was sent to a nunnery together with her children. That led to new problems, however:

“At dinnertime we were told to fold our hands in some sort of prayer, which I refused to do because we’re Muslims. They got angry, and when they found out that we were from Afghanistan, some of them called us terrorists. I refused to eat, and then we were locked up in a room on the third floor.”

Razia kept up her hunger strike for days – she did not want to be part of the nunnery. In return, the nuns refused to let the family out, and Razia started to look for escape routes. She became aware of a small toilet in the corridor which nobody ever used, and in particular of the little window over the washbasin. That was when she started tying together sheets and duvet covers:

“I’d seen in the movies that that was the way to do it. First I threw our bundles of clothes out of the little window, and then I lowered myself to the ground so that I could catch the children when they came down. They were incredibly calm and sensible. But of course I’d warned them that if we didn’t succeed in this, we’d all go to prison for life.” 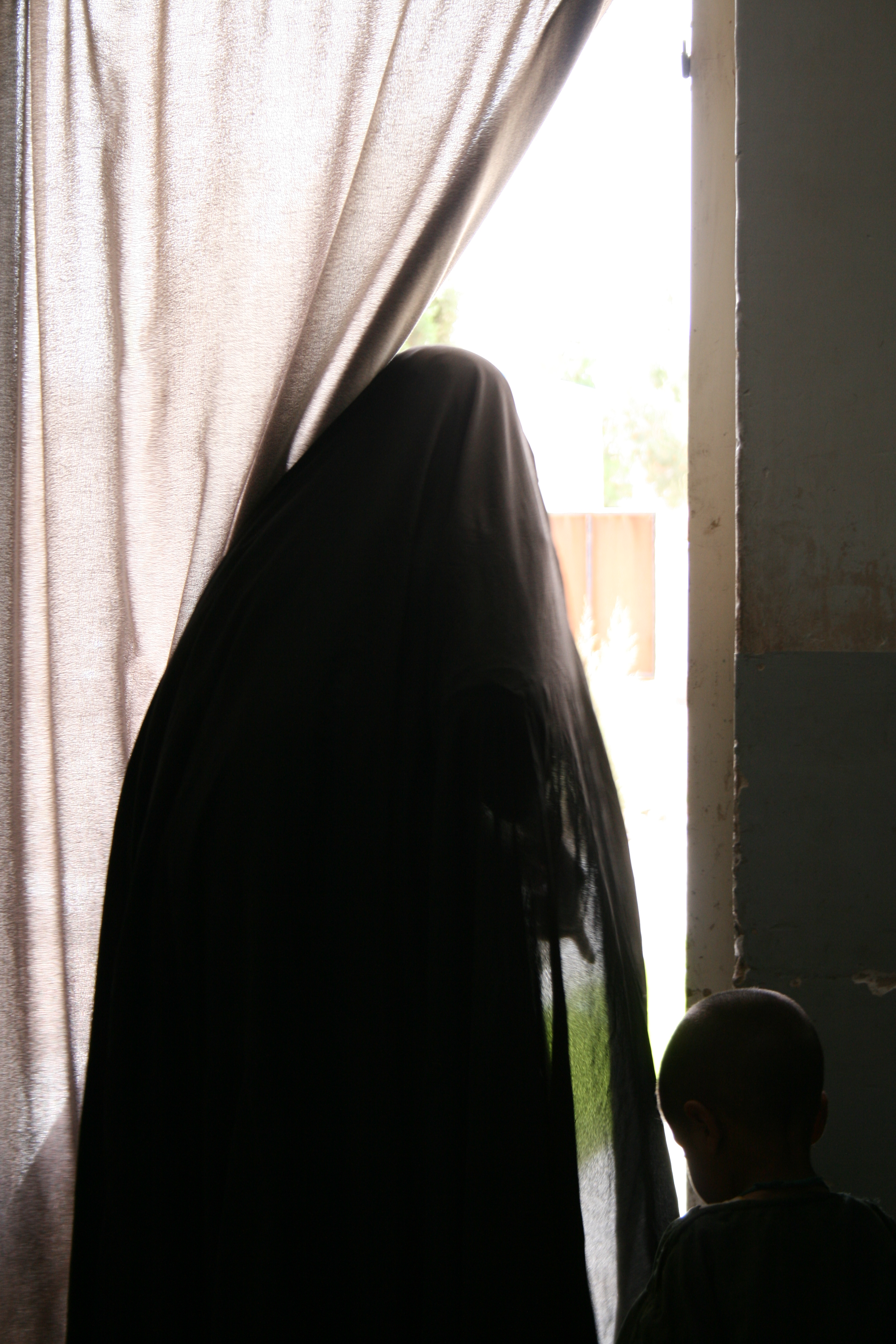 ”Everything we’ve been through gives us the chance to dream about the future”. Archive photo: Tahir Bakhtiary

They did succeed, however. They continued their flight, heading towards Sweden. It all went well until the little family was stopped by the police at the Copenhagen Central Station. Then they had no choice but to apply for asylum in Denmark instead – which, happily, was granted.

Today Razia lives in Aarhus with her three children – a 13-year-old daughter, an 11-year-old son and the little boy who is just five years old. She is not in touch with their father nor with the rest of her family. For all she knows, they might be in prison in Italy or drowned in the ocean.

Nevertheless, she and her children are doing well in Denmark. Razia’s friends and acquaintances are mainly other Afghans, but that is not the case for her children:

“They go to school and they’ve made friends. They are fully integrated in the Danish society. I speak passable Danish, but I am nowhere as good as they are. I am also not surrounded by Danish people in my daily life the way my children are.”

Razia explains how the children sometimes have to act as interpreters for her, which leaves her feeling a little ambivalent – on the one hand, she is proud that her children are perfectly bilingual, but at the same time she wishes that her own Danish language skills were better.

Still it is a priority for her to be part of the Afghan community in Denmark, so that her children will not forget their language, Dari, or their knowledge of Afghan culture and tradition.

Razia still dreams of Afghanistan. She hopes that her children will continue their education and at a later stage be able to return to Afghanistan and partake in its reconstruction:

“Everything we’ve been through gives us the chance to dream about the future,” she says.