Home » “The parents really fear for their children”
Danish NGO Danish Demining Group (DDG) has worked with demining in Afghanistan since 1999 and has to this date cleared more that 33,000 mines and removed more than 1.3 million pieces of unexploded ammunition.

Anne Rafn Danielsen works for DDG and we talk to her in 2013, when she has just returned to Denmark after a prolonged stay in Afghanistan. She explains how greatly the mines can influence local lives there:

“The sense of insecurity can be huge. Where is it safe for the children to play? Often the victims are children, because they run around playing or pick up things from the ground. Parents really fear for their children in mined areas.”

Hence, the top priority of the DDG is to remove the mines which obstruct daily life in the small communities:

“Our most important task is to clear the area between for instance a village and a school, so that people can have a normal daily life,” Anne Rafn says. “If we clear a fertile piece of land, the locals suddenly have the opportunity to work the land and make an income.”

Moreover, mine clearance is an important factor in solving the problem of enormous refugee flows within and out of Afghanistan.

Many refugees and internally displaced persons have been prevented from returning to their homes because the area which they come from is mined. But when an area is cleared by DDG, the refugees can return and cultivate their lands.

There are still many mines hidden in the Afghan soil and they continue to claim a lot of victims. The job is by no means done, but the most important areas have been demined by now. That, however, has also made it more difficult for the DDG to raise money for their work:

“There are still many mines, but not that many means,” Anne Rafn notes. “The dilemma is how much money one should spend on clearing down to the very last mine. The most important areas have been demined: the areas surrounding schools and the land around Kabul and the other big cities. Most of the mines left are found on mountainsides, in wastelands or areas mainly used for grazing. It’s less interesting for the sponsors to clear those mines.”

Nevertheless, there can be good reasons for clearing even desolate mountainsides. Especially the Afghan nomads may be a risk, as you can read in this field report, in which a DDG advisor relates his meeting with an Afghan nomad. 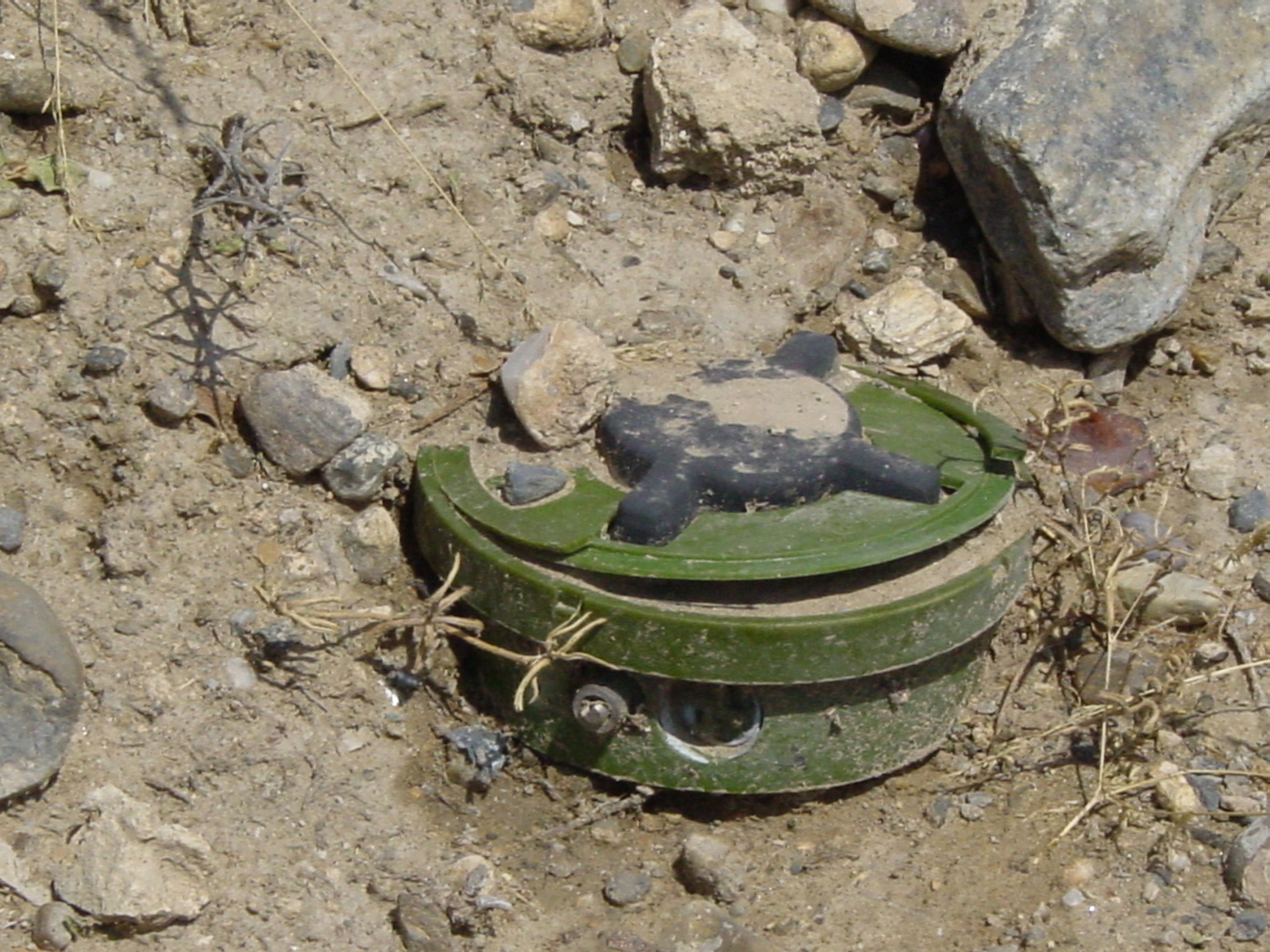 Sadly, not many mines are as easy to spot as this one. Photo: Jens Kjær Jensen, 2003