Home » “I just wanted to try something wild”
From 2008 to 2009, Kasper Frank was posted in Afghanistan for the Danish army. He was looking for adventure – and found it. In the form of drugged Talibs, ‘entertainment boys’ in the neighbouring camp and a missile exploding a few metres away from him. Five years on, he does not regret that he went there, but he doubts that he has made much of a difference for the Afghan people. 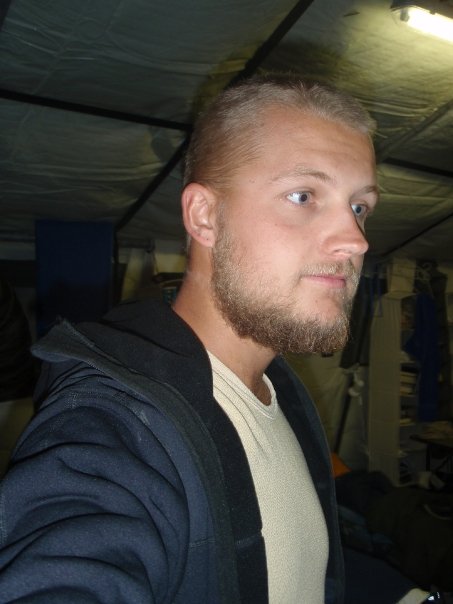 “I was mostly looking for adventure and experiences. I didn’t have any greater ideological thoughts. It wasn’t about me going out to save a lot of people. I just wanted to try something wild.”

Kasper Frank is 30 years old and lives in Aarhus, Denmark, with his girlfriend and their two children – a three-year-old girl and a three-months-old son.

From August 2008 to February 2009, he was in Afghanistan as a mortar gunner in the Danish army. A perfect job for a 25-year-old looking for excitement:

“The mortar is an awesome weapon. Total Vietnam style. You just cock it and then it’s GUNK GUNK GUNK,” he recalls.

He would soon realise that war was not just a game, however:

“I’d have to say that is was more war than I’d expected.There were times when we patrolled every day and were involved in shoot-outs almost daily. It was an extreme and stressful period. As soon as we left the camp, we were under fire. It was almost like a kind of trench warfare. And there were some who suffered mental breakdowns.”

Kasper pulled through, but one episode in particular is etched in his memory to this day – one time when the war was far too close for comfort:

“We had set up a table in the camp and sat there playing computer games – a shooting game. Then suddenly, a missile fell – out in the yard, five metres away from us.”

Luckily, the soldiers were protected behind the sturdy sand-filled nets which the camp is built of:

“But we could just as well have been sitting out there in the sun instead of inside playing computer games. And then things would have been very different. At the explosion, we first threw ourselves to the ground and then we ran out to our mortars and started shooting like mad in that direction. Then you’d get all high on that. It was a pretty crazy experience.”

The Danish soldiers also had to learn to relate to Afghan colleagues, enemies and civilians. Especially the cooperation with the Afghan National Army (ANA) could be almost surreal:

“They seemed very unprofessional and my feeling was that they were often high on cannabis and heroin,” Kasper recalls. “There were rumours of needles scattered around their watchtowers.”

Kasper only patrolled with the Afghan soldiers a few times, but he vividly remembers the sense of insecurity that came with working alongside colleagues apparently on drugs:

“There was one incidence in particular – we were walking in one line, with Afghan soldiers first, us in the middle and Afghan soldiers behind. Then we turned a corner and those walking at the back started shooting at those in the front. They just saw some weapons and didn’t consider that it could be their own people.”

The Afghan soldiers had their own camp, which according to Kasper was ‘a lively place’:

“On Thursday nights, ‘entertainment boys’ were brought into the camp. Very young lads from town, just 12-13 years old. Then you can imagine what they were doing there. It was really dodgy. But I suppose that’s the kind of thing you have to compromise on as leader of a mission like that. Stuff you have to overlook to maintain good relations.”

It was not only among the Afghan soldiers that drug abuse appeared to be a problem. The Taliban’s principled aversion to narcotics had evidently not spread to their foot soldiers:

“The Talibs were even more doped than the Afghan soldiers. When we took over the areas where they’d lived, we found lots of needles. They often shot at us when we were patrolling, but fortunately they don’t shoot very well. They rarely hit the mark with their hand weapons.”

For that reason, it was not the Taliban’s kalashnikovs that worried Kasper and his colleagues the most, but rather their mines and roadside bombs:

“But it is understandable that they use them. It’s their only way of inflicting losses on us. It’s an uneven playing field and they suffer much greater losses than we do.”

Kasper for instance recalls when a soldier from another company stepped on a mine right before the Christmas leave:

“Then you’d just watch your step a bit more closely after that.”

“Without sounding patronising, I’d say that they were somewhat ignorant. You had the impression that they didn’t quite know who we were and what we were doing there. But apart from that, they were very friendly.”

The difficulty for the soldiers was that they could not be entirely sure that the civilians were not in league with the Taliban:

“When we drove out into the desert waiting for the enemy, we’d meet children, women and men who would come over to talk. It was a bit weird to think that one of them could in fact be carrying a bomb and we would have no idea. Sure I was a bit paranoid, especially in the beginning.”

Then there were the civilian losses. Kasper is aware that, as a mortar gunner, he must have caused some of them:

“We were responsible for many of the losses, among civilians as well as Talibs, as we had the heaviest weapons in the company. And sadly, there was a good deal of civilian losses, too. Including children. I’m happy that I didn’t have children of my own back then. That would have been difficult for me to deal with.”

When the soldiers on the ground had finished their work, the planes would take care of the rest. That, too, has made Kasper reflect on the price which the civilians pay:

“Usually we bombed an area, and afterwards a big plane bomb was sent in to finish the job completely – also in inhabited areas. Most civilians had probably left the area by then, but you don’t actually know whether somebody could be hiding in there. In that situation I think it’s a little drastic to call in a 500 pound plane bomb. The houses of the people are also completely destroyed after that.“

The gallery below consists of photos from Afghanistan taken by Danish soldiers, press officers and photographers in 2008. All provided by the Danish Army Operational Command (HOK). 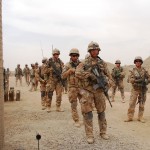 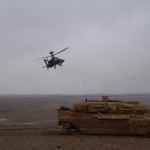 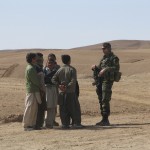 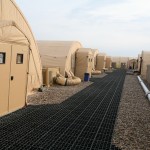 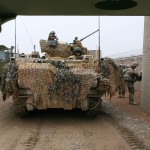 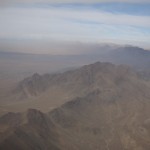 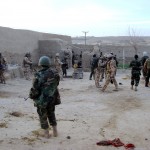 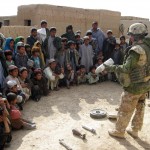 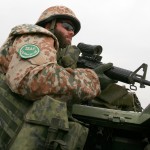 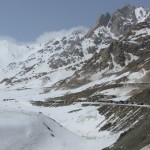 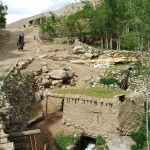 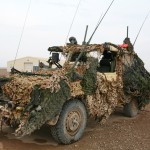 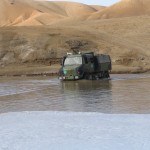 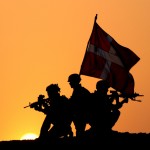 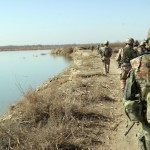 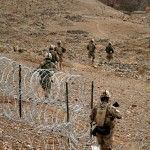 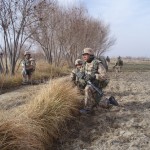 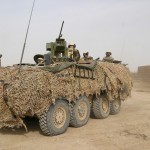 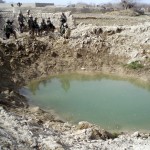 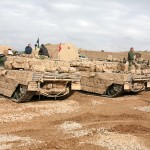 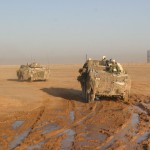 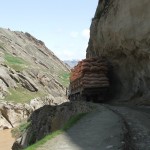 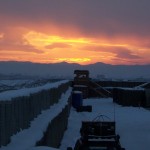 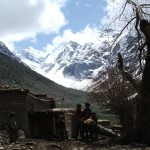 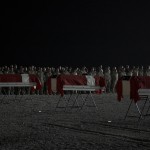 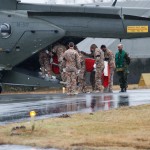 In February 2009, the war was over for Kasper. And then again, not quite. Because although he came back to Denmark, he found it difficult to return to everyday life after his experiences in Afghanistan:

“Of course it was a relief to come home in one piece, so between 2009 and 2011 I just partied hard and had a good time. But it went out of hand. A couple of years went by with gambling and alcohol. Extreme boozing, where I woke up in random places not knowing how I’d ended up there. And at one point I also gambled several times a day. Partly to keep my mind busy with something else than the things I actually ought to process. It was an escape.”

But in the end, Kasper’s girlfriend Freja had had enough and demanded that he pulled himself together, for her sake and for their baby girl. He went into treatment for his alcohol abuse and also learned to deal with his stress symptoms and with some psychological issues that were rooted in his childhood, but had been aggravated by the Afghanistan experiences:

“I’m so grateful that Freja didn’t just take off but chose to give me a second chance. Otherwise I think I would have continued down the same track and become one of those guys you see at the veterans’ centre who are not doing super well.”

”I hope we made a difference”

Five years on, Kasper concludes that his time in Afghanistan has made him a more mature person:

“I think it’s been good for me. When I eventually recover entirely from all my boozing and gambling, I think my time in Afghanistan will also have left some positive marks. It was an experience gained. And I’m better now at controlling stressful situations.”

He is less certain that Afghanistan has gained from the Danish military effort, however:

“I really hope that we’ve made a difference, but to be honest I’m not sure. I find it very difficult to say.”