Home » Civil war
During the struggle against the Soviet in the 1980s, the leaders of the various resistance and mujahideen groups had become dependent on – and susceptible to influence by – neighbouring countries and their agendas.

Pakistan favoured a peaceful, friendly Afghanistan dominated by ethnic Pashtuns with good relations to Pakistan, while Iran wanted the Persian speaking population and the Shiite Hazara to have more influence.

The conflicting interests of neighbouring countries, personal animosity between lead­ers and ethnic and religious antagonism between resistance groups sustained a tense political climate and, eventually, caused a prolonged civil war. 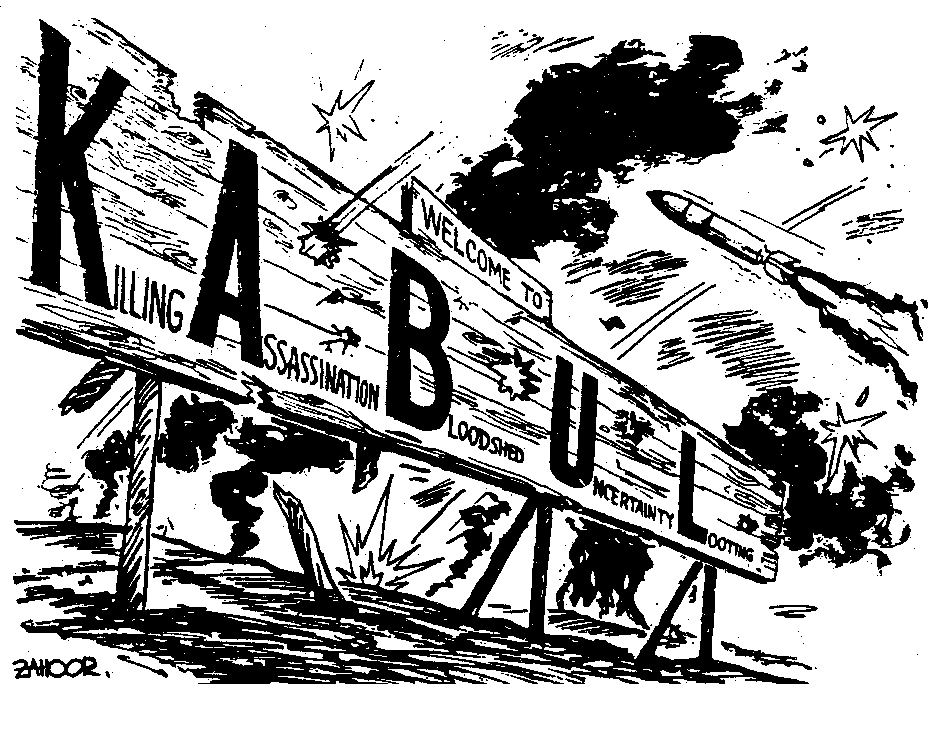 The Soviet withdrawal in 1989 left a power vacuum in Afghanistan, and the various re­sistance groups began – assisted by neighbouring countries – to fight one another. From the Moesgaard Museum archives

In 1992, the resistance groups conquered Kabul and ousted the communist government. Shortly after the assumption of power, however, internal fighting broke out.

The remains of the communist army joined the Islamic parties in shifting alliances and coalitions, warring in a disintegrating Kabul while local commandants laid the rest of Afghanistan waste with taxation, crime and lawlessness. 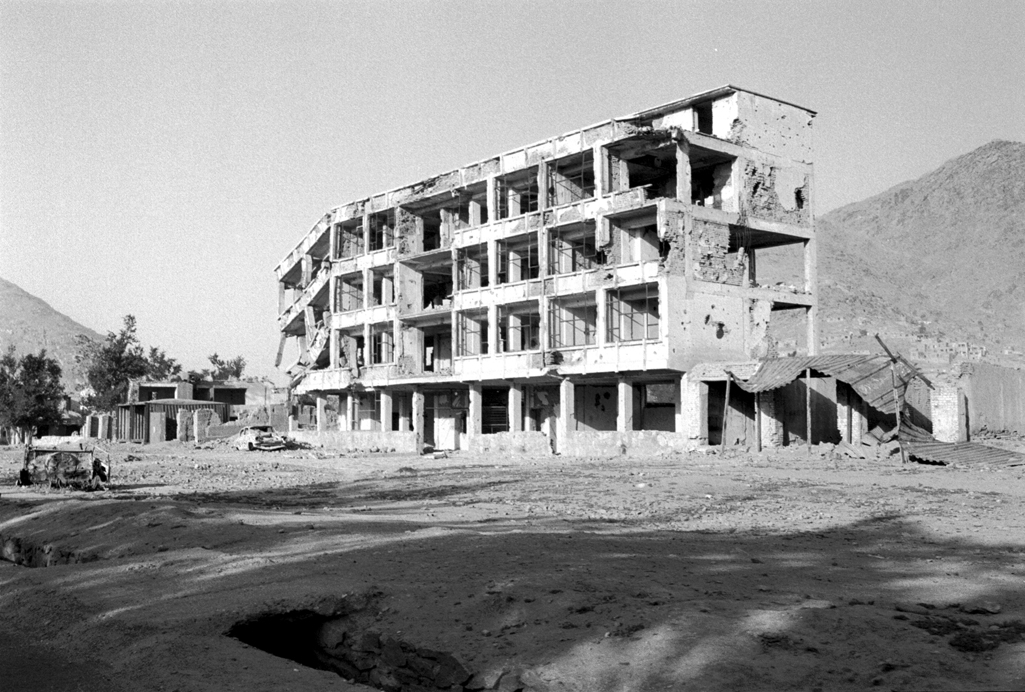 Much of Kabul was destroyed during the civil war. Photo: Moesgaard Museum

When the mujahideen seized power in 1992, the looting of the National Museum in Kabul began. Over the following years, the majority of the museum collections disappeared. Some artifacts had, however, been hidden away by clever museum employees already in 1988. Some of those artifacts have been on display in the travelling exhibition “Afghanistan: Hidden Treasures from the National Museum, Kabul”. Foto: Moesgaard Museum

The Taliban and the Northern Alliance

In 1994 the ultra-religious Taliban movement appeared in southern Afghanistan. Taliban pacified the local commandants and created peace and security in the conquered areas.

But when the Taliban closed in on Kabul in 1996, their former enemies among the resistance groups joined forces to form a united front against them. This was the beginning of the war between the so-called Northern Alliance and the Taliban. 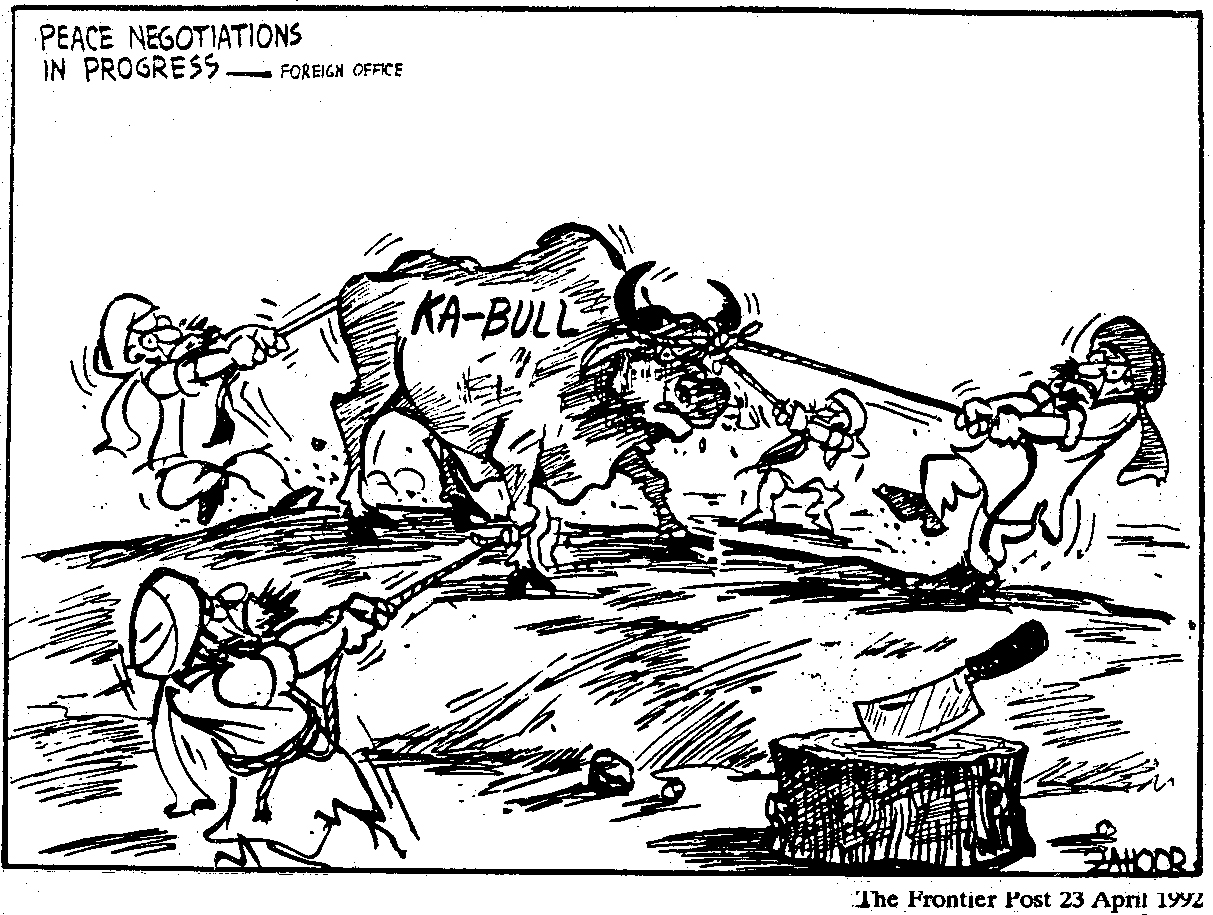 In 1992, the resistance groups seize Kabul. Shortly after, however, internal fighting breaks out as all factions want to be in power. From the Moesgaard Museum archives