Home » Afghanistan – behind the headlines
After the terrorist attack on the World Trade Center on September 11th, 2001, and the ensuing, US-led invasion of Afghanistan, the country was suddenly on everybody’s lips. Stories about the Taliban and Osama bin Laden, about civil war, refugees and oppression of women created an image in the international community of Afghanistan as a medieval society.

The first week after the invasion, the atmosphere was strained in the Ethnographic Collections at Moesgaard Museum. The founder and leader of the collections, Klaus Ferdinand, worried that this could be the beginning of a long and bloody conflict.

After having spent his entire working life studying Afghanistan, he also felt a need to show a different image of the country than the one presented in the media. Together with the then curator of the Ethnographic Collections, Sibba Einarsdottir, and the director of Moesgaard Museum, Jan Skamby Madsen, he therefore decided to set up an exhibition about Afghanistan.

The exhibition was created in just seven weeks during which everybody pulled together and worked around the clock. This meant a lot to Klaus Ferdinand, who also drew on a number of Afghan residents in Denmark who could help with the exhibition.
Today, Sibba Einarsdottir looks back on the whole process with great satisfaction:

“The news value of this exhibition made it special and secured a good deal of visitors. We also received a lot of exposure in the media. It was a good way of utilising the museum space. We were able to demonstrate that Afghanistan is so much more than war and conflict.“

In the gallery to the right, you can see some photos from the exhibition. 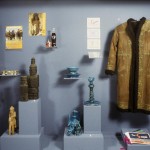 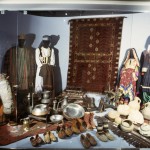 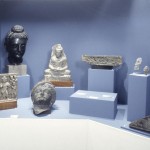 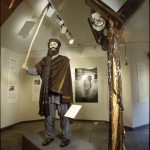 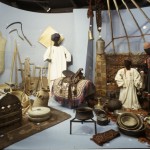