Home » Nomads past and present

Many of the Danish scholars working in Afghanistan have particularly been interested in the country’s nomads.

The central figure in this context is the ethnographer Klaus Ferdinand, founder of the Ethnographic Collections at Moesgaard Museum. He studied the lifestyle of the nomads with great passion from his first visit in Afghanistan in 1953 till his death in 2005. Thus, he had to opportunity to follow the dramatic changes in the nomads’ living conditions during this period, when many of them had to give up their traditional way of life.

Klaus Ferdinand first encountered the nomads at a time when they still lived as they had done for centuries, and he documented their traditional lifestyle and culture through prolonged field studies. He wrote several articles and books on the topic, the latest being the book Afghan Nomads – Caravans, conflicts and trade in Afghanistan and British India 1800–1980, which was published as part of a large-scale research project on nomads around the world, funded by the Danish Carlsberg Foundation and resulting in a number of book publications.

For centuries past, a substantial part of the Afghan population has lived as nomads. Every spring and autumn, nomad caravans – with herds of goats, sheep and camels, families and belongings – have travelled between the plains of the lowlands and the pastures of the mountains.

The reason for this formerly widespread custom is found in the geography of the country: the many mountains are ideal for grazing in the summer, but useless for cultivating grain and vegetables. Thus, the nomads and their animals have journeyed to the highlands in the summertime, but remained in the valleys during winter.

Over the course of the 19th century, the nomads of Afghanistan became increasingly hard-pressed. Due to their travelling lifestyle, those in power considered them to be uncivilised, out of control and a potential threat to the state power. Thus, they were pressurised to give up their free lifestyle and instead settle down, pay taxes and do military service. That drastically decreased the amount of Afghan nomads.

In the 1920s, it was estimated that approximately one third of the Afghan population lived as nomads. In 1978, it was down to 6 percent, according to a census made at the time. We have no reliable figures for how many Afghans live as nomads today, but a likely guess is two to three percent. Furthermore, many contemporary nomads are facing great difficulties and have lost or sold their animals, which begs the question whether the term ‘nomads’ is still appropriate.

There are multiple reasons why the number of Afghan nomads has decreased over the  last century. First of all, the border between Pakistan and Afghanistan has been closed several times, preventing the nomads from going to Pakistan during the winter as they often did before.

At the same time, this period was marked by an increased modernisation of Afghanistan, with new roads and a general improvement of the infrastructure. Hence, lorries and buses appeared and broke the de facto monopoly of trade which the nomads had hitherto enjoyed in large parts of the country.

Finally, the many armed conflicts in the country have made it even more difficult to live a nomadic lifestyle.

The consequences of war for the nomads

The nomads suffered greatly during the Soviet occupation. Random air raids and bombings, shootdowns of animal herds and widescale minelaying in some areas severely challenged their lifestyle. The ensuing civil war and the present conflicts in the country have likewise made the nomads’ way of life increasingly precarious.

Consequently, many nomads have fled the country while others have abandoned their traditional ways. Today, some ex-nomads work in transport or trade while others are buying and cultivating land. Many nomads consider it the ultimative sign of success to own their own land.

In the gallery, you can see images from the Henning Haslund-Christensen Memorial Expedition during which Klaus Ferdinand became acquainted with the nomads of Afghanistan. All photos were taken by Klaus Ferdinand and Peter Rasmussen between 1953 and 1955. 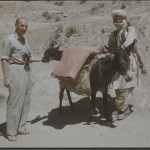 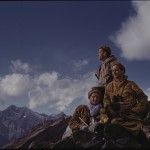 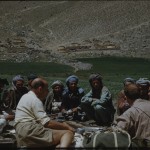 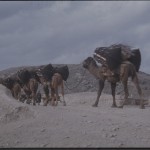 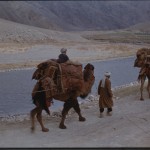 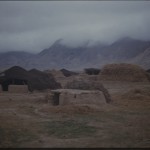 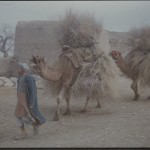 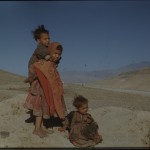 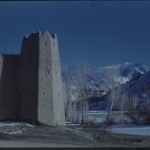 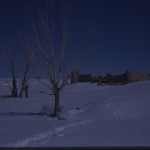 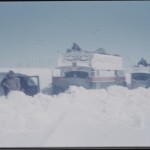 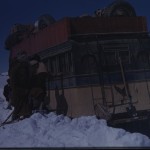 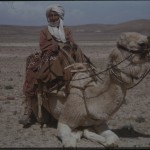 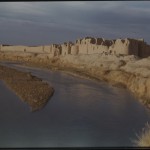 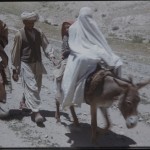 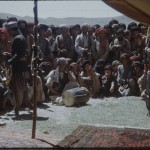 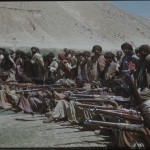 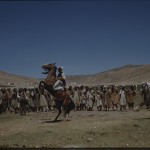 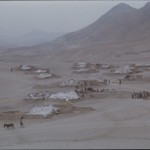 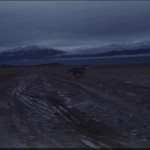 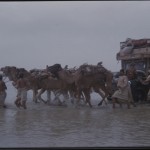 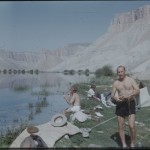 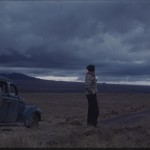 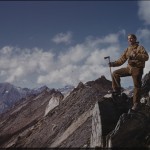 Klaus Ferdinand in the Afghan province of Nuristan, 1953. At this point only a handful of scholars had undertaken studies in the region. Photo: Moesgaard Museum