Home » In the Land of Light
The Ethnographic Collections at Moesgaard Museum have from the very beginning been closely connected to the ‘Land of Light’, the mountain province of Nuristan in eastern Afghanistan.

It is very possible that nothing would have come of the Ethnographic Collections at Moesgaard Museum, had it not been for the Third Danish Expedition to Central Asia in 1947-’49 –  the biggest Danish scientific and museum expedition to this region ever seen.

The leader of the expedition was Henning Haslund-Christensen, and his team also counted scholar of religious studies Halfdan Siiger, botanist Lennart Edelberg and doctor and ornithologist Knud Paludan.

See the beautiful photos from the Third Danish Expedition to Central Asia here: 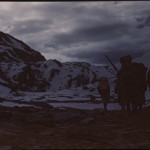 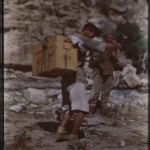 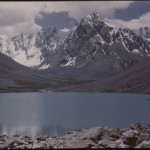 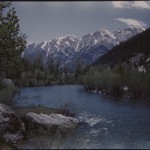 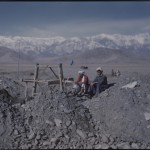 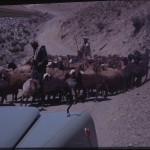 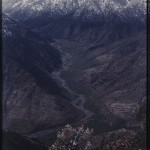 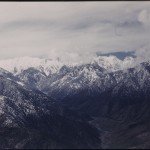 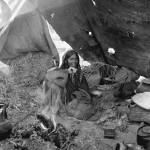 From Land of Heathens to Land of Light

The botanist of the team, Lennart Edelberg, went off to the Afghan mountain province of Nuristan in spring 1948 to study the local fauna. The province had already for decades excited the curiosity and fascination of European scholars due to its ancient culture and religion.

The name ‘Nuristan’ (‘Land of Light’) was only bestowed upon the province in the 1890s, after its inhabitants had been forced to convert to Islam by the brutal Afghan amir Abdur Rahman. Formerly, it had been known as ‘Kafiristan’ (‘Land of the Heathens’) and been home to a polytheistic religion which, according to some sources, could be traced all the way back to the time of the prehistoric Indo-European migrations.

Particularly the book The Kafirs of the Hindu Kush from 1896 boosted interest in the region, as its English author, Sir George Robertson, offered many fascinating and hair-raising tales about the religion and savage conduct of the Kafirs.

Consequently, Lennart Edelberg did not solely study plants in Nuristan but did also collect ethnographic artifacts. The same was the case for his colleague, Siiger, who contributed to the expedition by studying religion among the Kafirs’ neighbours, the Kalasha, who lived on the other side of the border to Pakistan.

Neither took their collection duties lightly: in total, the two scientists sent approximately 1500 dresses, pieces of jewellery, religious artifacts, kitchen utensils etc. home to Denmark. As the town of Aarhus had funded part of the expedition, the artifacts were sent there and became the Ethnological Study Collection of Aarhus University, later to change its name to the Ethnographic Collections. Those were handed over to Moesgaard Museum in 1999.

This research tradition would soon be further developed. Already in 1953, a new Danish ekspedition to Nuristan was launched in order to gather more knowledge of the people and the culture – The Henning Haslund-Christensen Memorial Ekspedition.

Edelberg took part in this ekspedition too, alongside the ethnographer Klaus Ferdinand, recently graduated, and the film photographer Peter Rasmussen. The outcome was even more artifacts, extensive sound recordings of traditional Nuristani music and recordings for the movie Kafiristan – the Land of the Heathens.

Both film, objects and sound recordings can today be found at Moesgaard Museum. The sound recordings furthermore allowed ethnologist of music Christer Irgens-Møller to publish the book Music in Nuristan in 2009. You can hear a couple of the songs to the right.

The efforts of Edelberg and Siiger also became a milestone for those scientists who would later study the Nuristanis and the Kalasha respectively, as those two were the first scientists to undertake long-term fieldwork among the populations. Both peoples had hitherto only been visited by expeditions which were unable to remain in the impassable mountain regions for long; yet with Edelberg and Siiger, a new research tradition was established in the region.

Lennart Edelberg returned to Nuristan in 1964 and again in 1970, and when Moesgaard Museum opened in 1970, it did so with a great exhibition about Nuristan made by Edelberg. Later that same year, he was in charge of the museum’s comprehensive, international conference on the Hindu Kush (the western outlet of the Himalaya mountain range, running through Nuristan).

Moreover, in 1979, he published the book Nuristan in cooperation with his American colleague Schuyler Jones. However, Edelberg’s sudden death in 1981 meant that he never succeeded in finishing the book on Nuristani architecture which he himself considered his masterwork. A smaller, although still ground-breaking book was published in 1984, based on his unfinished manuscript and photos. To this day, Edelberg is considered the most important expert in his field.

See photos from the Henning Haslund-Christensen Memorial Expedition in 1953-’55 here: 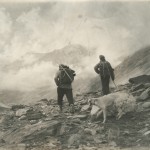 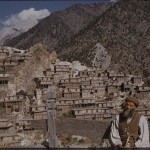 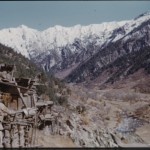 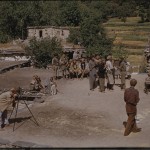 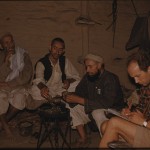 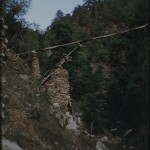 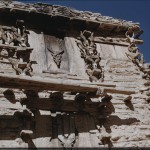 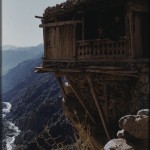 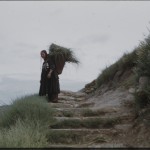 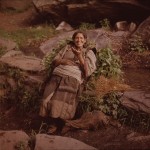 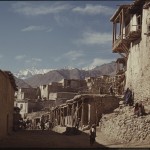 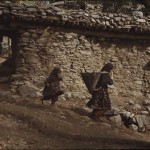 A gold mine of material

Moesgaard does, in other words, have a regular gold mine at its disposal, documenting both the old culture of the Kafirs and the more recent changes which Nuristan has undergone. Fortunately, there are plans of continuing this proud and internationally renowned research tradition through new projects.

Harp song from the village of Zhönchigal, Nuristan: