Home » Wedding in style
In Afghanistan, a wedding is a huge celebration which cannot be over and done with in the course of a single Saturday. Rather, it necessitates several days of dancing, eating and partying.

For an Afghan woman, getting married is a radical life change, as she must leave her own family to go and live with the family of her husband. Thus, a bride is expected to appear somewhat sad and reluctant during the wedding.

But perhaps a troubled look or two may also appear on the faces of the groom and his family during the long days of celebration – because they are the ones to foot the bill. An Afghan wedding does not come cheap; in fact it is entirely normal for a family to spend several annual earnings on their son’s wedding. Even poor families will usually spend more than 18,000 US$ on a single wedding.

One reason for the steep expenses is that the families of both bride and groom wish to demonstrate their social status by inviting as many guests as possible to the wedding – preferably over 400.

A long guestlist indicates a large social network, which is very important, especially in the countryside, where tribal custom is strong. Thus, the guestlist may also count people who know neither of the families, but who are friends of friends or even acquiantances of acquiantances.

Moreover, piles of money are spent fulfilling a very particular set of wedding traditions and rituals which have been passed down through generations. Celebrating for several days is, for instance, a mandatory part of an Afghan wedding.

The whole thing starts the day before the actual wedding ceremony, when the shaw’e kheena or ‘henna night’ is held. This is primarily in honour of the bride, and her female friends are invited along with the families of both bride and groom. It will usually be a party primarily for women.

The henna night is about having a good time with delicious food, music, dancing and joking Most importantly, however, it is about carrying out a particular ritual in which the hands of the bride and groom are coloured with henna. The guests also take part in the ritual.

The formal wedding ceremony is conducted on the following day. Depending on ethnic and geographical affiliations, there may also be celebrations on the third day.

The size of the bride price (or bride wealth) is determined by the father of the bride, and this is another reason why getting married is so expensive.

Because although bride prices vary, they are never low. The father of the bride may choose to keep the bride price himself or spend it on presents for the bride and her new home. Whether he does one or the other depends on his economic situation.

Finally, a lot of money is spent buying gifts, and this post should not be underestimated. The groom needs clothes and finery and the bride will ask for a large present the first time she enters her husband’s home. Furthermore, the mullah giving his blessings to the couple should also be presented with gifts and several family members will no doubt expect to get some, too.

Due to the heavy expenses, many men cannot afford to get married. Hence, the discussion frequently arises in Afghanistan whether the authorities should impose a price ceiling on the festivities so that they correspond better with incomes. No such regulations have been made yet, however, as strong conservative forces wish to uphold existing traditions.

This gallery takes you to a wedding in the Afghan countryside, in the eastern province of Laghman. The photos were taken in 2003 by Danish ethnographer Jens Kjær Jensen. 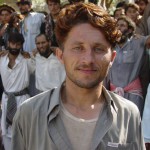 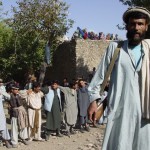 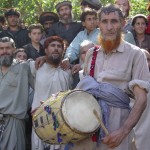 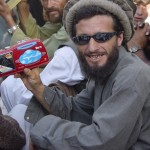 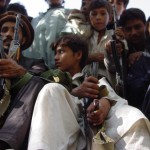 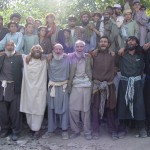 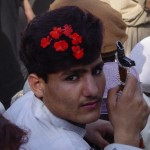 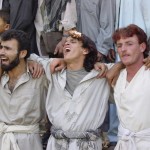 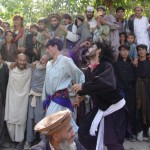 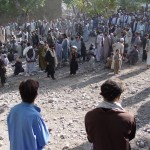