Home » Afghanistan zindabad!
Another explosion in Afghanistan. This time at night. The country is paralysed; traffic is a mess, several offices have closed and many schools will be empty in the morning.

But this is not the kind of explosion that the Afghans are accustomed to. There are no bombs involved, no grief. It is an explosion of pure joy. The Afghans have conquered the streets, hugging, congratulating each other, singing, dancing and waving the Afghan flag. Incessant honking from the cars and loud music fill the air.

Tonight, on September 11th 2013, the Afghans are celebrating their national football team, which has just won the Southeast Asian Games in Nepal after having defeated mighty India 2 to 0. A miraculous result, a historical accomplishment and, from now on, a cherished memory.

Perhaps the Afghan national football team only really understood what the victory in Nepal meant to their compatriots when they returned to Afghanistan to receive their deserved praise at the Ghazi Stadium in Kabul. They were met by 30,000 euphoric fans, whose roar could be heard almost  to India: “Afghanistan zindabad!” – “Long live Afghanistan!”.

It was precisely this kind of national triumph which the old stadium from 1923 was made for. Up through the 1990s, however, it was used for entirely different purposes.

The Taliban, who ruled Afghanistan between 1996 and 2001, banned most forms of sport, and chose instead to use the stadium for spreading terror and fear among the population.

Afghans accused of murder or adultery were killed in the middle of the playing field in front of thousands of spectators. Women in burqas were shot at close range and men were hung from the crossbars of dilapidating football goals to the sound of an “Allah’u Akbar“. Those accused of theft had their hands and feet cut off, while thousands of movie and music cassettes, allegedly violating Islamic law, were gathered in piles and burned.

It was said that the grass on the playing field had stopped growing because it had been flooded with blood. Hence, it was a symbolically important gesture when the Afghan government in cooperation with the United States in 2010-’11 chose to remove the top layer of soil (almost two metres) of the field, removing at the same time all the blood traces. Artificial grass was laid down instead, and the stadium as such was renovated from top to bottom.

This has been a crucial component of a broader policy, developed by the Afghan government and the international coalition, of ‘sports diplomacy’. The parties have worked together to create sports facilities, educate new coaches and referees and train national and regional sports teams, all in the hope that Afghanistan can develop a sense of national unity through successes on the sports field, and that the many young, unemployed Afghans will prefer to spend time and energy on sports rather than on drugs and crime.

A hope which was at least partially fulfilled on that night in September 2013, when Afghanistan exploded. 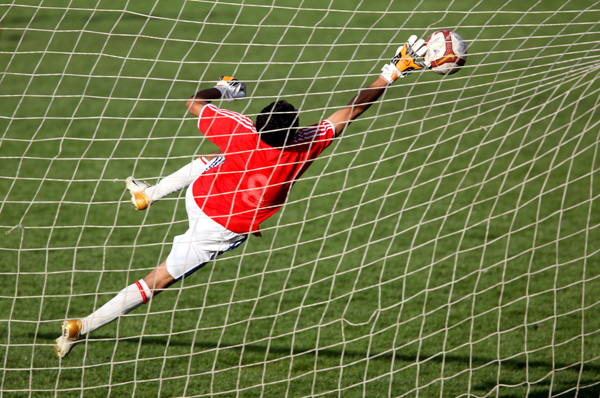 An Afghan goalkeeper reaching for the ball during the ‘Ramadan match’ on Ghazi Stadium in 2009. Photo: UNAMA/Jawad Jalali 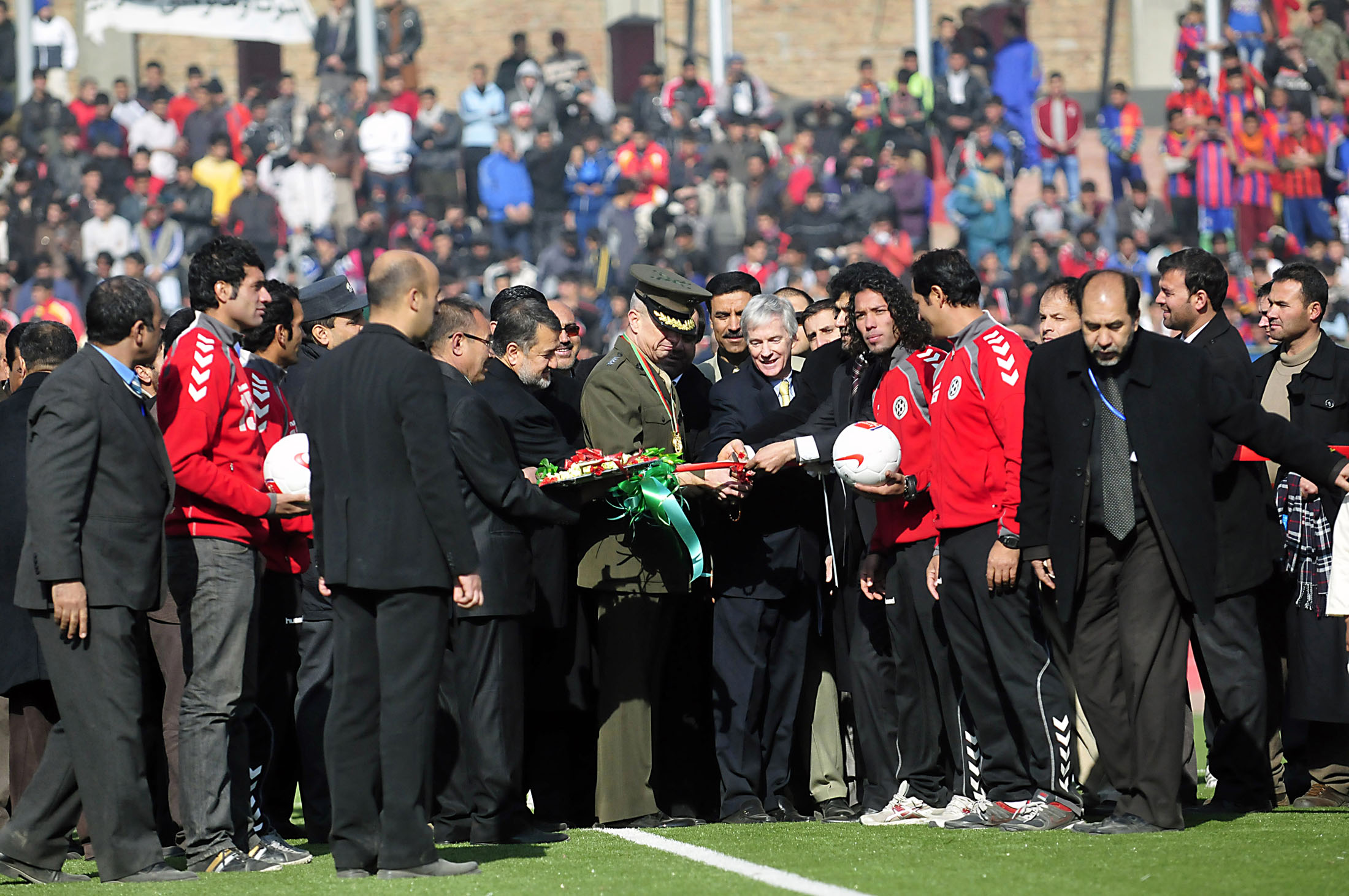 The head of the international security forces in Afghanistan and the US ambassador to the country at the official opening of the renovated Ghazi Stadium in December 2011. Photo: US Army/Master Sgt. Kap Kim