Decades of war and conflict have left their mark on Afghanistan. After the civil war in the mid-1990s, Kabul was almost razed to the ground; the same went for more than half the villages in the country. Much of Afghanistan’s infrastructure was also completely destroyed, including many of the irrigation canals which are so crucial for Afghan agriculture. 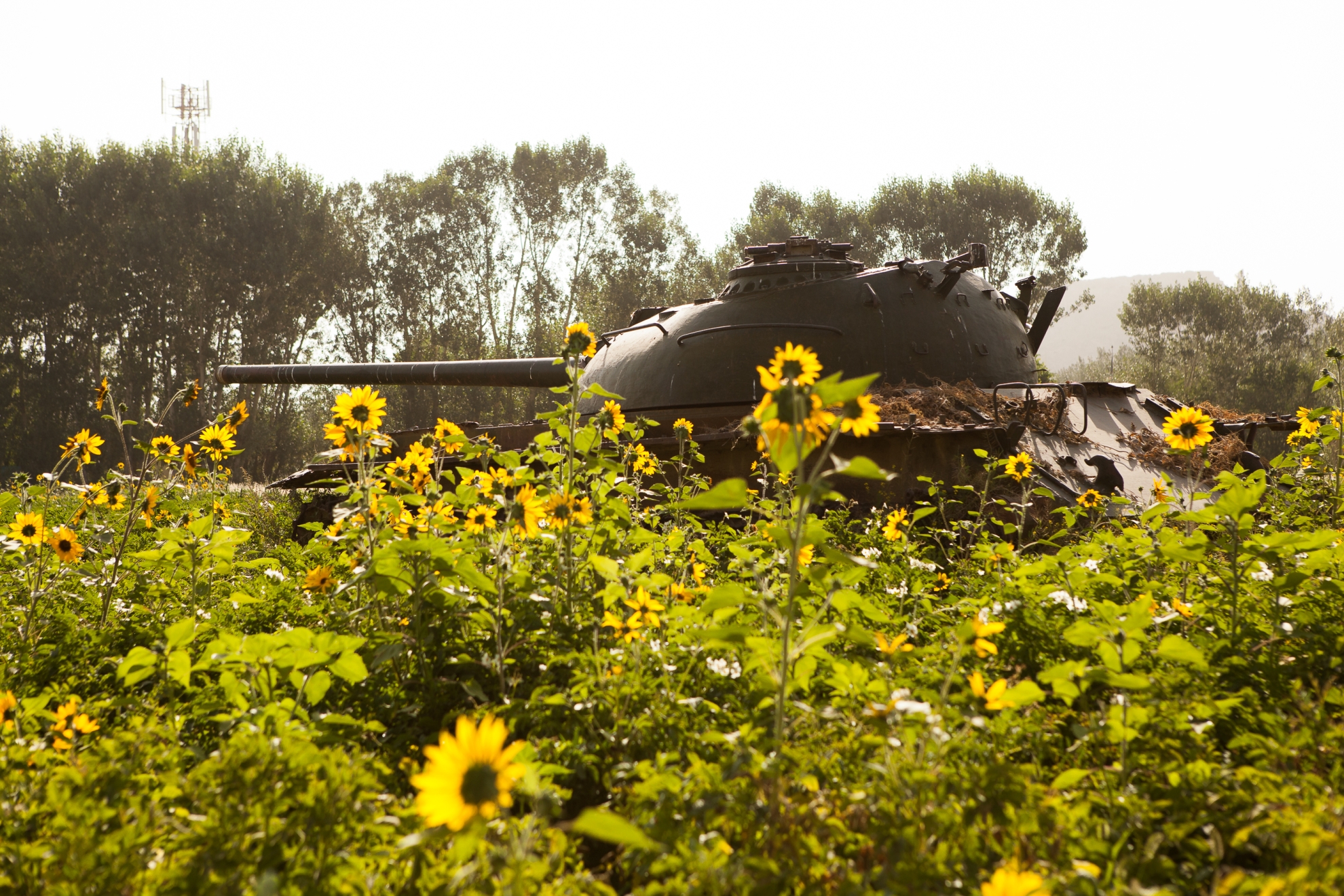 In the second half of the 1990s, the country was controlled by the Taliban. They made it safer to live in Afghanistan than during the civil war, yet made little effort to build a functioning state which could deliver on basic services such as health and education.

Since 2001, Western governments and humanitarian organisations have supported the rebuilding of Afghanistan with billions of dollars each year: more than 67 billion US$ were donated between 2003 and 2010, and an additional 16 billion US$ by 2015 was promised at a UN conference in Tokyo in 2012. 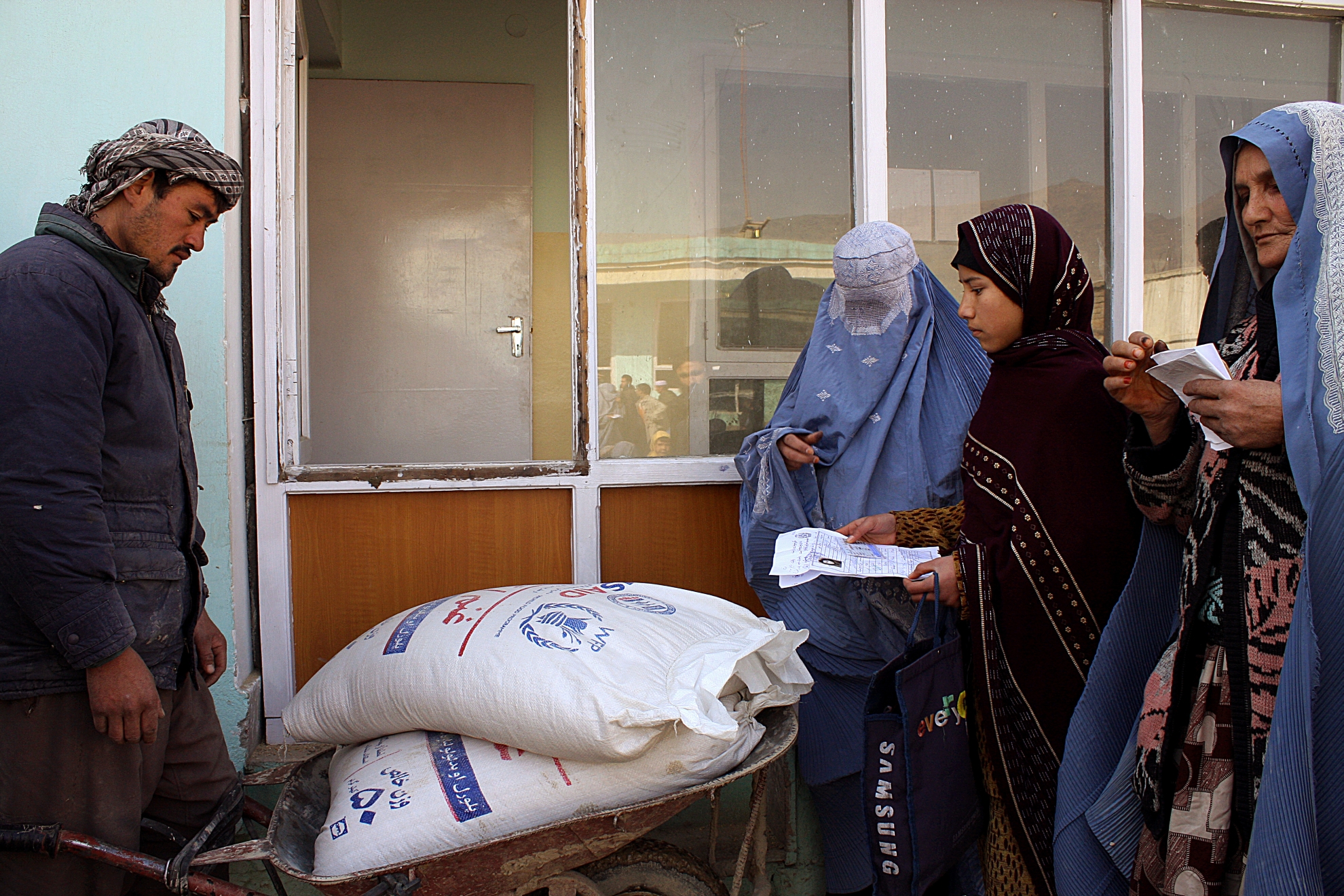 Improvements in Afghanistan since 2001:

A proper stateEducation and healthWomen in societyCitizens of the global villageEconomic progress
After decades of chaos and civil war, Afghanistan now has a government and a constitution widely recognised by the international community – as opposed to the Taliban regime, which was only ever recognised as legitimate by Pakistan, Saudi Arabia and the United Arab Emirates.

The Constitution was adopted on January 4th, 2004, and three presidential plus two parliamentary elections have been called since 2001.

However, there is still a long way to go before the Afghan state and government can deliver on even the most basic services: administration is still under construction, there is a desperate shortage of trained civil servants and many laws are still waiting to be passed.

In 2002, approximately one million Afghan children and youngsters attended school. A decade later, the figure was 7.8 million.

Especially the number of female students has skyrocketed – from 191,000 to 3.2 million.

Moreover, the Afghan population enjoys significantly better access to health care services now, which has been a contributing factor in increasing the average life expectancy from around 44 years in 2000 to 49 years in 2013. Furthermore, infant mortality figures have decreased steadily: in 2000, approximately 134 out of 1,000 Afghan children died within the first five years; in 2012, the number was down to 99 children.

The 2004 Constitution guarantees equal rights for women and men, and a 2013 poll shows that 90 percent of the Afghan population are in favour of gender equality.

Unlike under the Taliban, women can work and girls can attend school. Women are also increasingly involved in public life.

The number of phones, TV sets, internet connections and newspapers in Afghanistan has increased rapidly over the last decade. This makes it easier for Afghans to both stay informed about foreign and domestic developments and to communicate their own reality to other parts of the globe.

The number of internet users increased nearly fivefold between 2005 and 2011, while the number of mobile phones in the country has increased from 15,000 to 17.6 millions since 2001.

Moreover, a US report from 2012 claimed that Afghanistan now has 175 radio stations, 75 TV channels and hundreds of newspapers and magazines – a dramatic change from the Taliban era, when the country was largely cleared of mass media.

Read the report ‘An Explosion of News’

Afghanistan is one of the world’s poorest countries, but the economic situation is improving all the time. The country’s GDP (Gross Domestic Product) has risen sharply over the past decade, at an average of 9.2 percent per year between 2003 and 2012.

The Afghan economy remains extremely dependent on agriculture, but in recent years the mining industry has expanded, and it is expected that underground reserves of oil, gold, copper, lithium and iron will boost the future economy.

SecurityCorruptionOpiumRule of lawThe situation of women
A certain level of stability and security has been established in large parts of the country since 200. Nevertheless, up to 40,000 Afghan civilians have been killed during that same period of time.

Most of these deaths are caused by roadside and suicide bombings by the Taliban and other insurgency groups. The rest are connected to other kind of criminals, family disputes and conflicts that are allowed to escalate because of the lack of efficient police and military in many places.

A 2013 poll revealed that 59 percent of Afghans fear for their own safety or that of their family.

Following the lack of security, corruption was Afghanistan’s second greatest challenge in 2013 according to the Afghans themselves.

Afghanistan is indeed among the most corrupt countries in the world, and even after 2001, the government has not shown the political will nor the strength to tackle the problem. On the contrary, corruption appears to thrive at all levels of public administration.

The booming narcotics trade in the country is a determining factor for widespread corruption.

Moreover, the salaries of police officers and other civil servants are sometimes so low that taking bribes is necessary for survival.

The Taliban regime cracked down hard on opium production, but the business has flourished again since 2001.

The drugs trade is today the biggest single economic activity in Afghanistan. In 2011, the UN estimated that the country’s opium export corresponded to 9 percent of its GDP – and about 90 percent of the world’s opium comes from Afghanistan (read more here).

Although the cultivation of opium poppies is the main livelihood of many Afghan farmers, they are not the ones who skim the cream. The drug trade is first and foremost a money spinner for armed rebel groups, warlords and cartels, and a cause of excessive corruption in the public administration.

Insufficient legal protection permeates the Afghan society. Although the fundamental human rights of all citizens are written into the Constitution, they are constantly violated in practice.

Many people are also imprisoned without trial.

It is one thing that the legal framework is deficient, but in fact many public prosecutors do not even know the laws. In some rural areas, the public justice system is completely absent, leaving traditional bodies (councils of elders or religious leaders) to act as de facto courts.

Although the legal position of Afghan women has improved very much over the past decade, they still face massive problems: 80 percent of Afghan women have experience domestic violence and nearly 40 percent of girls are married off before they turn 16, even though that is now illegal (read more here).

In addition, maternal mortality remains unacceptably high. 1400 out of 100,000 Afghan women die during pregnancy or childbirth, compared with just 5 out of 100,000 in Denmark.

Much of the aid is earmarked for physical rebuilding: the international community supports a massive (re)construction of roads, airports, power lines, water supplies, schools, hospitals and housing in Afghanistan. But Denmark and other Western donors also invest in state-building, with the aim of supporting the development of an Afghanistan which can take care of its own security, continue its democratic development and promote respect for human rights.

Denmark contributes approximately 500 million DKK in development aid to Afghanistan per year. About 40 millions are channeled through private Danish aid organisations and the rest is administered by Danida, the Danish state development cooperation. You can read more on the Afghanistan website of the Danish Ministry of Foreign Affairs.